Site author Richard Steane
The BioTopics website gives access to interactive resource material, developed to support the learning and teaching of Biology at a variety of levels. 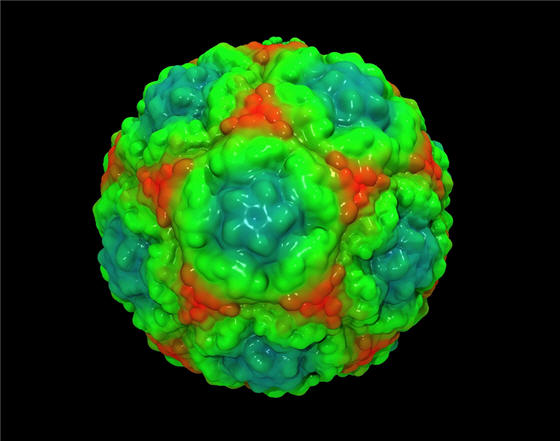 
Rhinovirus (many forms)
and coronavirus (and others) 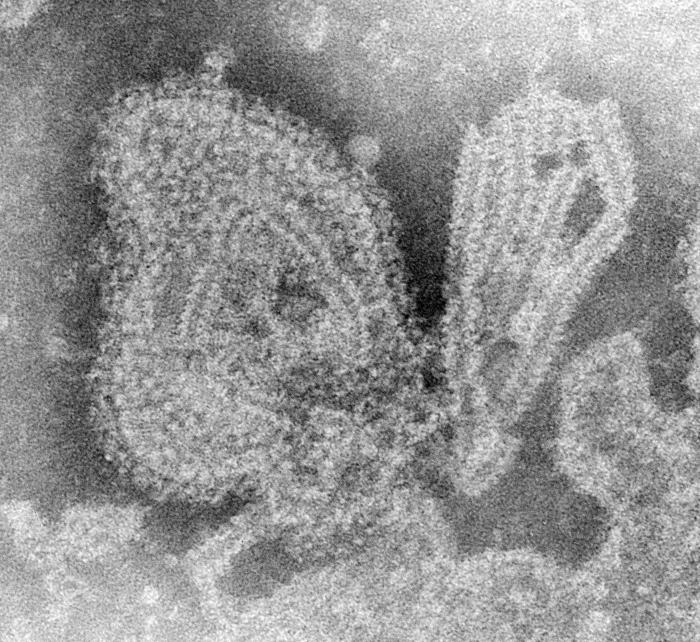 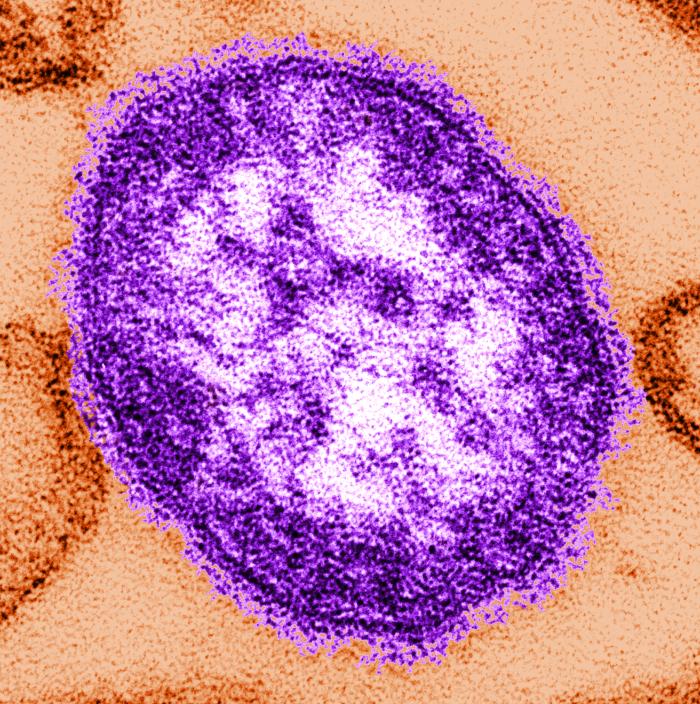 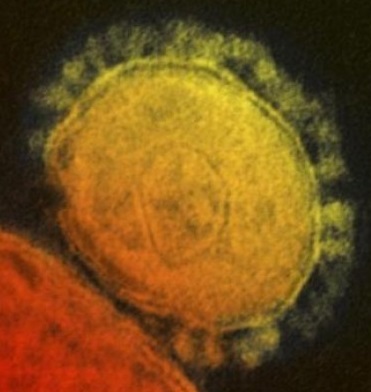 Rubella virus
Signs and Symptoms:
Minor flu-like symptoms and rash but if a woman is pregnant it can cause deafness, eye abnormalities, and congenital heart disease in baby
Control/
prevention: Rubella vaccine (part of MMR and MMRV* vaccines)
Spread by:
Airborne droplet emission from the upper respiratory tract
Disease -
Chickenpox 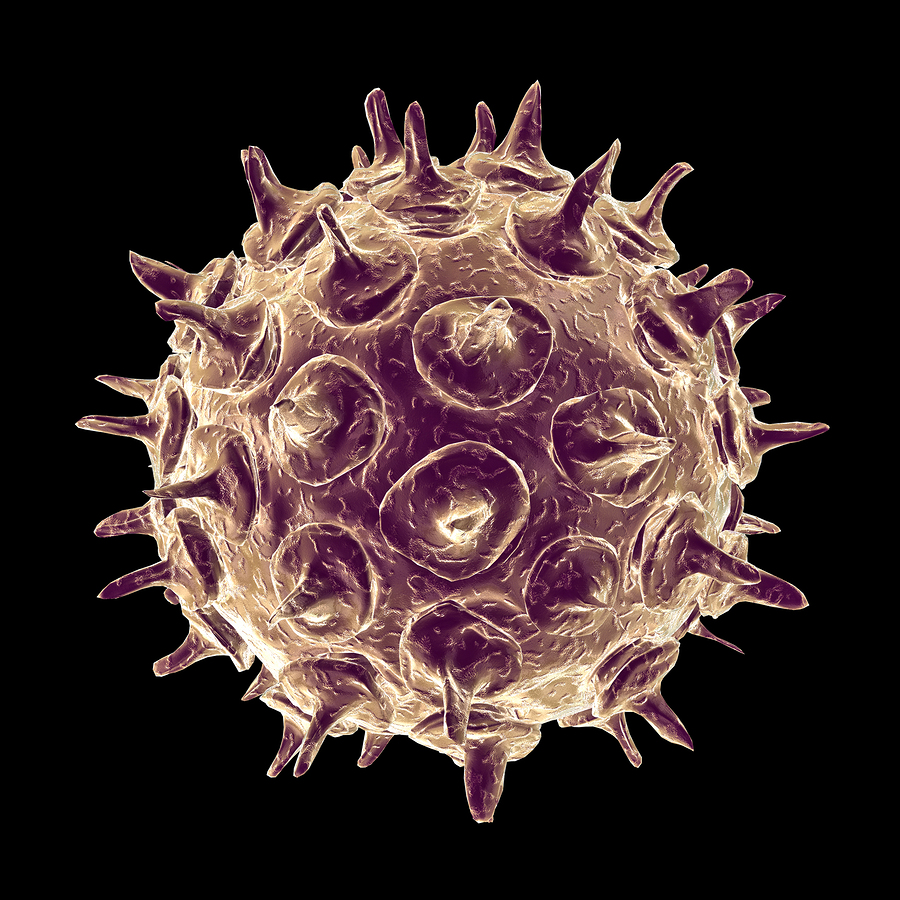 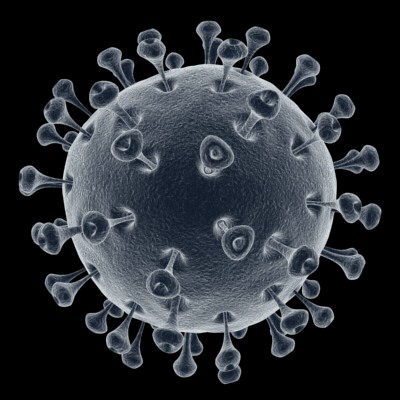 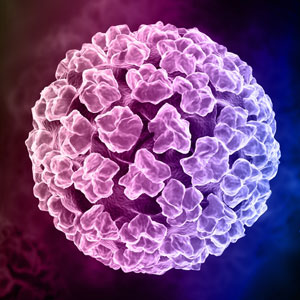 Human papillomavirus
Signs and Symptoms:
Small genital and other warts: may be insignificant (both sexes)
- may lead to cancer within the reproductive system, especially cervical cancer in females (major cause of cervical cancer)
Control/
prevention
:
Spread by:
Sexual activity, including oral sex
Disease -
Oral Herpes
Genital Herpes
(other forms)

Blisters (cold sores) on lips, genitals (other parts of the body may be infected)
Control/
prevention: Condoms
antivirals: acyclovir ACV (Zovirax)
Spread by:
Skin-to-skin contact especially with active lesion or body fluid
Infection remains and can be reactivated (depending on health?)
* not normally given in UK

How common is the common cold?

How much worse are smokers affected with colds than non-smokers?

(In the context of influenza) What is the difference between an epidemic and a pandemic?

What does H5N1 mean?

Past outbreaks of flu (often with geographical associations)

Death rates from these diseases in the western world and in developing countries.

Vaccination rates against these diseases in the westerm world and in developing countries.

Incidence of mumps before and after vaccine development (1967? and MMR 1988), and since 1988 when doubts about the MMR vaccine were raised by Andrew Wakefield - now discredited.

% coverage (immunisation) of population over this time

Find out if you have had the MMR vaccine (and the follow-up booster shot).

Measles - mortality in UK/ USA and in sub-Saharan Africa

There are many other human viral diseases.
Find out about one that has a name that starts with the same letter as your surname!

I have produced this section in response to events in Africa.


Between 2014 and 2016, a total of 28,616 cases of EVD and 11,310 deaths were reported in Guinea, Liberia, and Sierra Leone. This has sustantially affected healthcare workers. Liberia lost 8% of its doctors, nurses, and midwives to the virus, and events adversely affected treatment and control of HIV, tuberculosis, measles, and malaria in these countries. A number of foreign healthcare workers (from the UK and USA and other parts of the world) and ordinary travellers have been exposed to or actually contracted the disease but most have recovered after returning to their home countries.

Currently (28 July 2019) there have been 2671 confirmed cases and 1790 deaths in the North Kivu province of the Democratic Republic of the Congo, and some overflow into Uganda. The WHO was optimistic about treating this outbreak but ethnic violence has been directed towards healthcare workers and there are fears that 300,000 people have been displaced and this may spread the virus.

It has since been declared a Public Health Emergency of International Concern (PHEIC).

Caused by
Ebolavirus (EBOV) - named after the Ebola River in the Democratic Republic of the Congo (formerly known as Zaire), the location of the first known outbreak (in August 1976)

The virus particle has an unusual shape.

Signs and Symptoms:
Ebola is a haemorrhagic fever, i.e. it causes high temperature and the escape of blood - internally or externally. Some symptoms may initially resemble influenza, "stomach bugs" or malaria, but they then develop into a more serious phase.

Symptoms of Ebola include
Symptoms may appear anywhere from 2 to 21 days after exposure (average 8-10 days).

It is thought that sufferers are infectious (i.e. can pass on the disease in body fluids) from the time symptoms appear, but these devlop gradually. The CDC says that Ebola is only contagious if the person is experiencing active symptoms.

Similarly, it has been found that some male survivors produce virus particles in their semen for some time. Unprotected sex may therefore spread the virus.

Oral reydration therapy (dilute solution of sugar and salts, taken by mouth) or intravenous therapy (similar solution, from a 'drip') are helpful.

In a community context Ebola cases need to be identified, isolated and treated. Possible contacts need to be traced, and treated in order to break the chains of transmission. Health care workers must strictly follow infection control (barrier nursing) in hospitals [or substitute buildings]. Safe burial practices may differ from traditional methods. It is better to check travellers before (or during?) flight than on arrival.

Specific chemical treatments for Ebola have not undergone some of the usual testing procedures. It may be said that the development of these drugs are subject to different economic and scientific influences in Africa and the western world.

Several chemicals seen as candidates for treating Ebola have been fast-tracked. Their potential side-effects and the lack of randomised clinical trials have been sidelined in the light of the perceived risks of Ebola.

Certain anti-viral drugs approved for other viral infections have been used in the treatment of Ebola, mostly in Africa, but it is difficult to compare their effectiveness as conditions are not standardised.

One possibility is the experimental drug ZMapp which is based on a combination of three monoclonal antibodies, aimed specifically at Ebola proteins. There are, however, several practical problems with it, including need for refrigeration and multiple dosing. It is in rather short supply. Two other general antiviral drugs, favipiravir (a viral RNA-dependent RNA polymerase inhibitor) and GS-5734 (a nucleotide analogue), have been seen as showing more potential.

In 2014-6 there was no vaccine against Ebola, although some went through stages of testing in Africa, but this stalled because large numbers of volunteers were needed for the next stage of testing.
There are now several vaccines in various stages of testing against the Ebola virus, and specifically the 'Zaire' strain of it. There are other strains, and the 'Sudan' strain is the next most common, but the surface glycoproteins on the different strains differ considerably so vaccines may be less effective in other outbreaks.

The two main vaccines are mainly known by their manufacturer's names (although development work has been carried out by several groups of workers in different countries). Their codes include 'Z' which refer to the Zaire strain:
GSK have a vaccine based on an attenuated chimpanzee adenovirus vector -cAd3-EBO Z
Merck have one using attenuated vesicular stomatitis virus - rVSV-ZEBOV.

It has been shown that ring vaccination is a highly effective means of preventing spread of the disease. This involves vaccinating those infected with Ebola as well as all their contacts, and also contacts of contacts. A programme of vaccination of healthcare workers has been instituted in several countries, especially in border areas.

People who recover from Ebola infection develop antibodies that last for at least 10 years.

Spread by:
Mainly by direct contact of the outer surface of the human body: skin (possibly damaged), eyes, nose, or mouth (mucous membranes) with blood or body fluids (urine, saliva, sweat, faeces, vomit, breast milk, or semen) from an infected individual.
Everyday social practices - handshakes etc - can cause widening of its spread in epidemic situations.

Outbreaks are thought to have originated from wild (African) animals such as fruit bats and bushmeat - including monkey.

* It is not spread via the air by droplet infection. *

The virus is deactivated by normal disinfectants but it may be easily spread by sloppiness in hygiene.

Full (disposable) protective clothing including face masks is required for healthcare and associated personnel including those disposing of bodies, and this may be a special problem in hot conditions (especially when being removed).

History in the making:

Ebola: The First Glimpse of a Virus

Why Ebola is so dangerous

I caught Ebola in Guinea and survived